Tabletop game groups of all stripes always have a “thought leader” (or two). You know—the guy or girl who learns about new games, buys the games, brings them to the table, and teaches the rules (and more often than not, hosts the game as well). In RPGs, 99 times out of 100, this person will also be the GM. Now, it won’t come as a huge surprise to learn that I have been such a person my whole life, so I know of which I speak. (Or write.) And while that’s all well and good, I want to address one of those thought leader steps. The “buys all the games” step.

I think it’s unfortunate that on top of all the other duties, we expect the thought leader to also pony up all the dough. Now, I know there’s also the “game collector” factor at work here. Da guy what pays for it gits ta keep it, right? And how can we possibly measure our worth as gamers except by the size of our game shelves? (Maybe, just maybe, by the fun we’re having. But I digress.) All of that arose from the thought leader/GM concept. The GM provides all the materials, and usually all the work, and as his or her reward, gets to have a big proud shelf of games. That’s probably too ingrained to overcome. 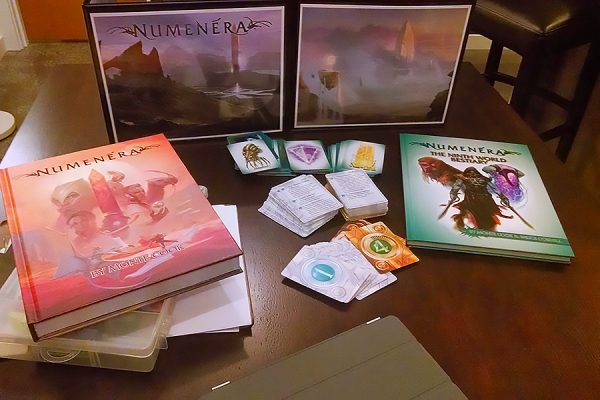 But consider this: what if a game group recognized all the hard work a GM put into prepping a game, teaching the rules, and all the rest, and chipped in to help pay for the games? Or, in some cases what if the non-GMs did some legwork, found a cool new game they wanted to play, bought it together, and presented it as a gift to the GM. Imagine—just imagine—the incentive to plan and run a great game a GM would have if his or her group did such a thing? And imagine the message that sends: “You’re a great GM, and always provide a lot of fun for us. We bought what looks like a cool game. Will you run it for us?” I know I’d be honored if a game group did such a thing for me. And I think I speak for most GMs in that regard.

Now, this can go for adventures, sourcebooks, and accessories as well. Hell, it can go for the pizza and soda and snacks. But honestly, because of that collector mentality that so many gamers have, I can think of no better way to make a meaningful gesture of appreciation to a great GM than to buy (or pay for) the games and materials that help the whole group have fun. It’s a group activity, so why not make it a group expense?

Your GM is worth it.