No Thank You, Evil! The Adventures Continue 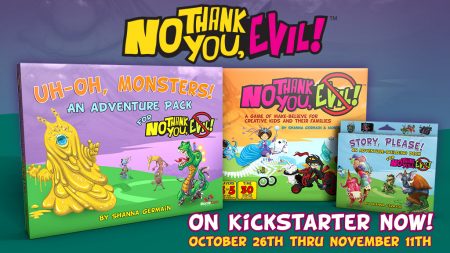 After a night of weird dreams, you wake up in a prison made of unpoppable balloons. Who put you there and how can you escape? Maybe that guard by the door can help.

Now, No Thank You, Evil! has been out in the world since early this year and we’re so happy at the response! We’re really proud that the game won an ENnie award this year for Best Family Game 2016. But even more so, we’re honored that we’ve heard from so many families who are playing and enjoying No Thank You, Evil! together.

We’ve also heard a lot of requests for more stuff for No Thank You, Evil! Namely for more adventures and adventure ideas. So, that’s what we’re going to do!

Starting October 26th, we’ll be kicking off a new Kickstarter – No Thank You, Evil! The Adventures Continue – that includes two brand-new products. 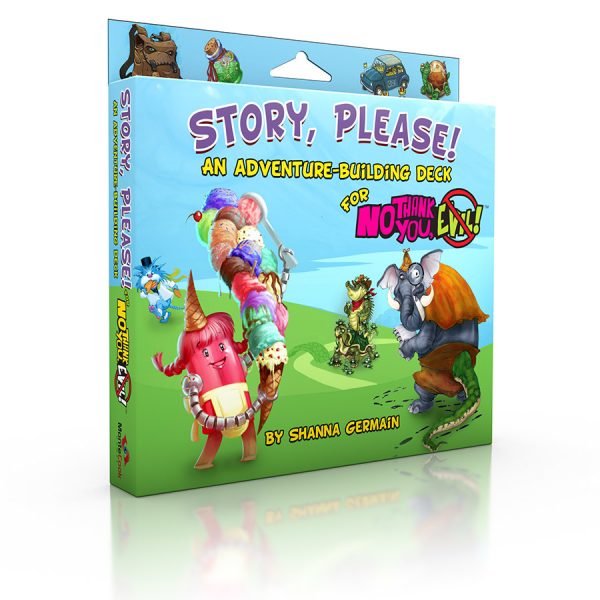 The first is Story, Please! An Adventure-Building Deck. The 100-card deck is stuffed full of evocative art and creative ideas, letting you quickly build hundreds of unique adventures for No Thank You, Evil! The deck is the same size as the cards in the original game, allowing you to use it in conjunction with Creature and Cypher Cards as well. 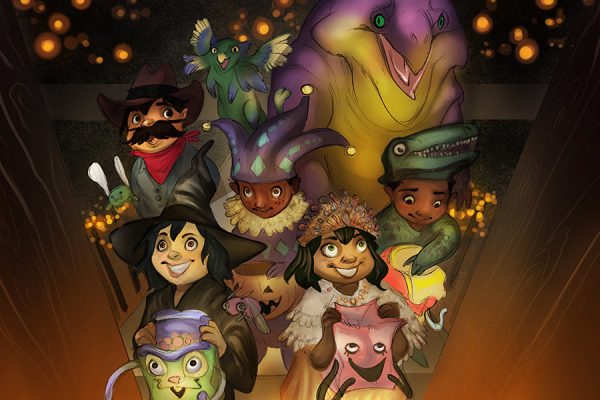 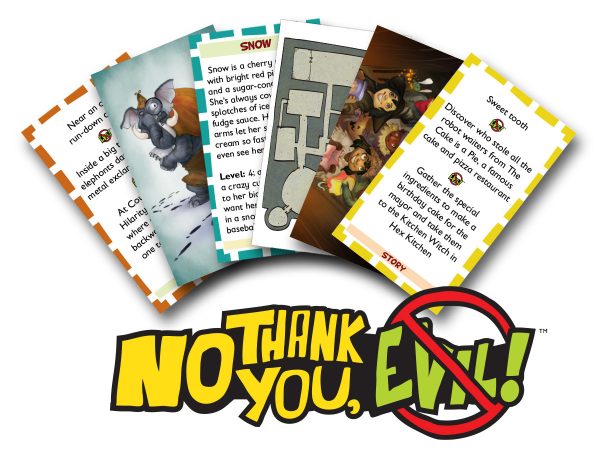 The second product we want to make is Uh-Oh, Monsters! This monster-themed expansion will include a bestiary, an adventure book with maps, new creature cards, and creature standups. Everything you need to expand Storia, tell fun stories of interesting monsters, and have great new adventures.

Will you help us spread the word about the Kickstarter and get people excited? Just share this link, tell your friends, or share or tweet the images below. And we hope to see you on October 26th for the launch of Story, Please! and Uh-Oh Monsters!