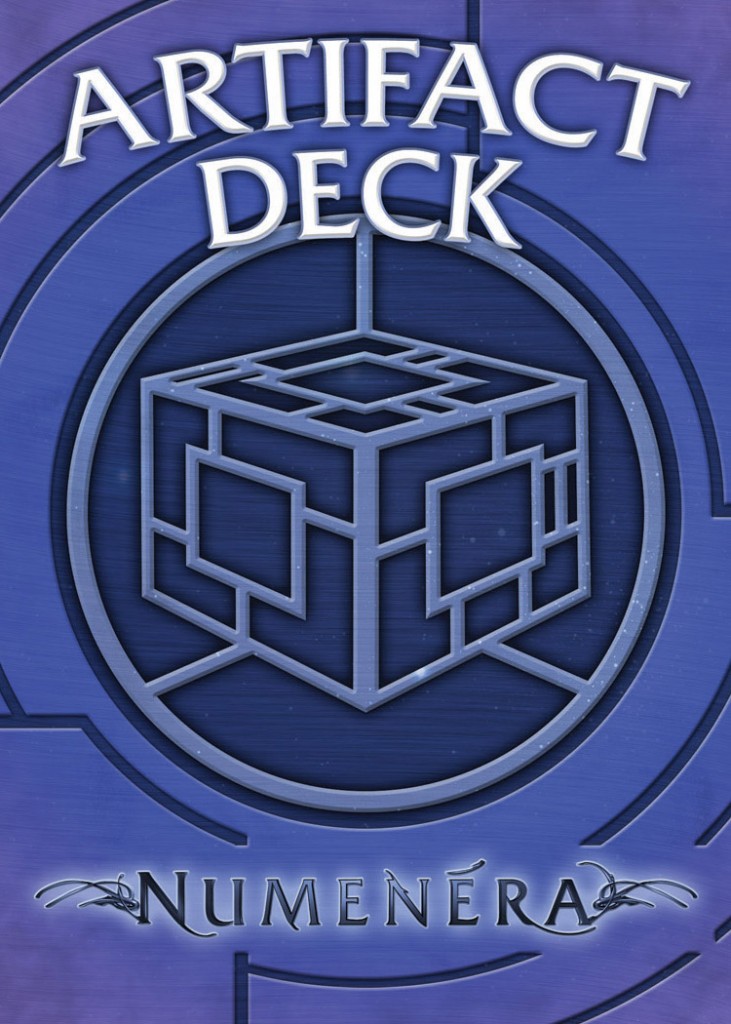 One Hundred New Artifacts in a Convenient Deck 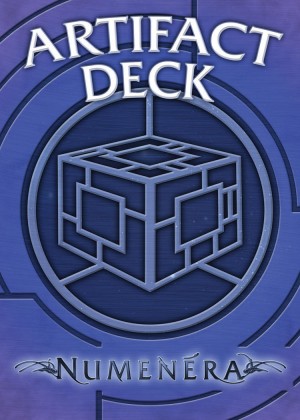 In the Ninth World, artifacts are items of ancient mystery and power. Compared to cyphers, they’re relatively permanent and have straightforward applications. But their workings are incomprehensible—often, a device powered by transdimensional siphons using nanotechnology to rewrite reality on the subatomic level appears more magic than machine. 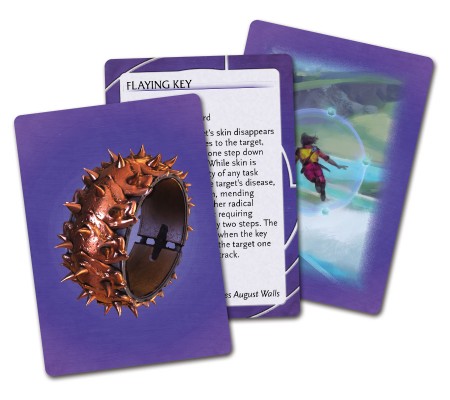 The Numenera Artifact Deck contains 100 new artifacts that haven’t appeared in any previous publication. Just draw a card, and you’ve got a fully described artifact ready to go. One side contains all the stats and information for the artifact, while the reverse side features an image. You can even hand the card to the player who found the artifact—much quicker and easier than having them copy the text out of a book.

Whether you’re looking for a little inspiration as you prepare for your game, or need to come up with an artifact on the fly during play, the Numenera Artifact Deck saves time and delivers inspiration—with just the draw of a card. 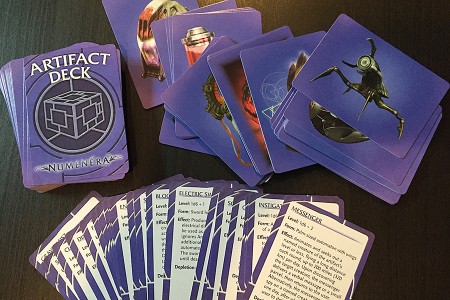