Generate endless ruins and adventure, in prep or on the fly! 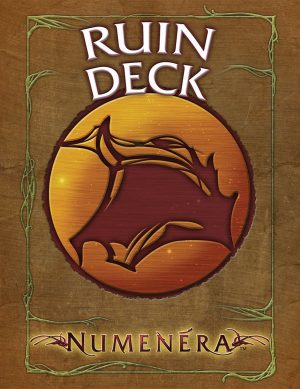 The Numenera Ruin Mapping Engine is one of the most popular features of Jade Colossus: Ruins of the Prior World, the essential GM’s companion for adventure building in the weird and wondrous Ninth World. The 100-card Ruin Deck builds on this feature, letting you quickly and easily generate ruins as you prep for your game, or create them on the fly as you play.

Draw a card as you create a room, obstacle, location, or encounter. Each card gives you:

Whether you’re carefully planning your next game session, or need to throw together some quick encounters on the fly, the Ruin Deck makes the GM’s job easier with creative prompts for your imagination and time-saving features. 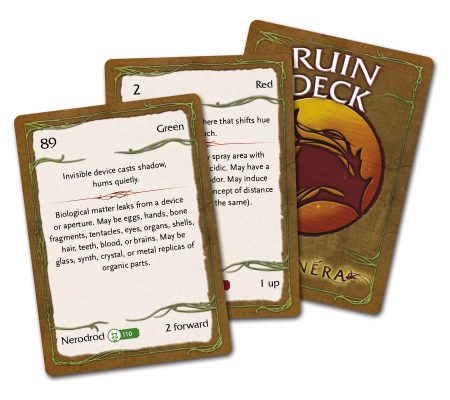