Running Games For Kids: Some Tips and Tricks

MCG is on our End-of-Summer Break this week, so we’re bringing you a web article from the archives: Shanna Germain’s advice on running games for kids! This co-designer of No Thank You, Evil! (coming back into print at the end of the year) has a lot of experience on this topic, which she will bring to Your Best Game Ever! For now, enjoy a taste of that advice with these tips and tricks. 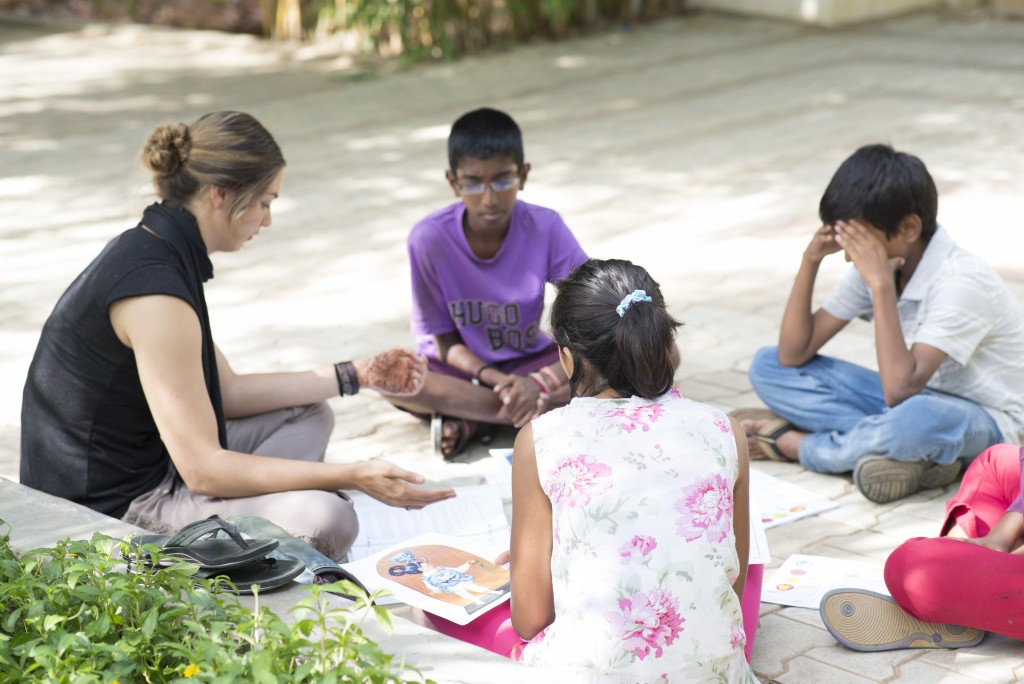 Whitney Beltrán runs No Thank You, Evil! for students in rural India.

Running RPGs for kids can seem daunting at first, but in some ways, it’s actually easier than running for adults. Kids show up at the table ready and willing to play pretend–they’re fantastic at it, in fact, because they do it all the time. So you don’t have to teach them how to become someone else or how to interact with an imaginary world. Instead, much of your job comes down to encouraging their already existing creativity and imagination, while keeping them engaged, focused, and within the boundaries of the rules.

Of course, the No Thank You, Evil! rulebook will have a whole section on running RPGs for the kids in your life, but I also wanted to share a few tips and tricks ahead of time to get you started.

Before you Begin: Getting kids invested and prepared ahead of time can go a long way toward keeping them focused and interested at the table. 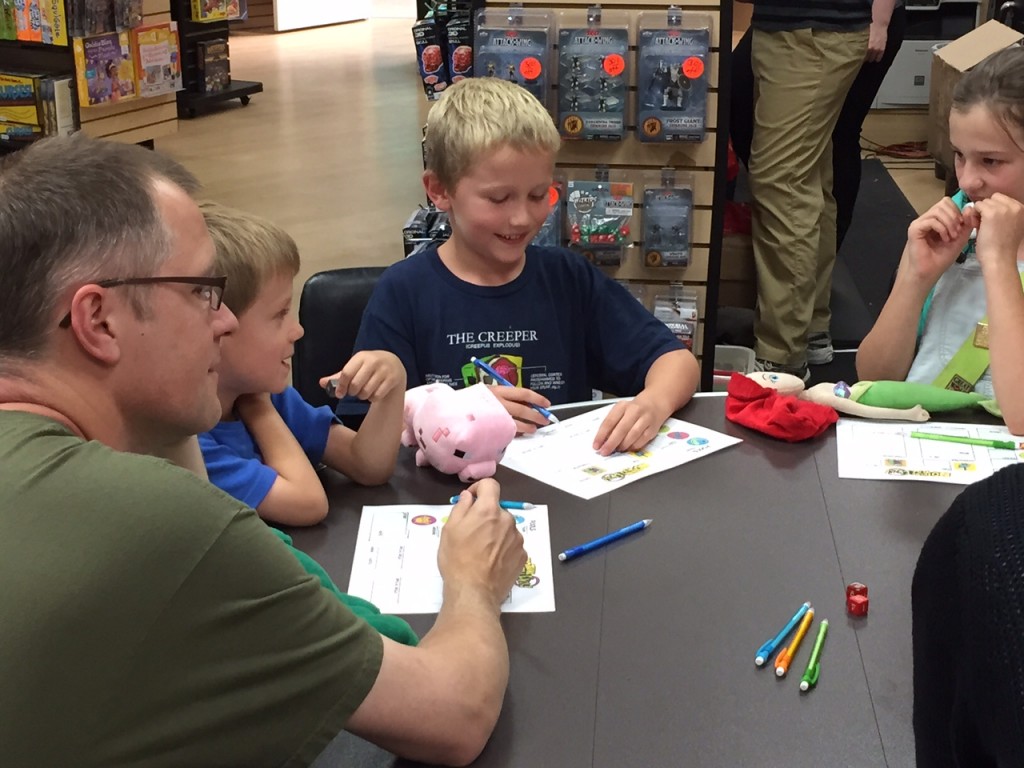 During the Game: A game’s rules can go a long way toward making an amazing gaming experience, but at some point it’s just you and the players at the table. You are the storyteller, the guide, the scene-setter, and the cat-herder. Here are some ways to keep keeps focused and engaged during the game. 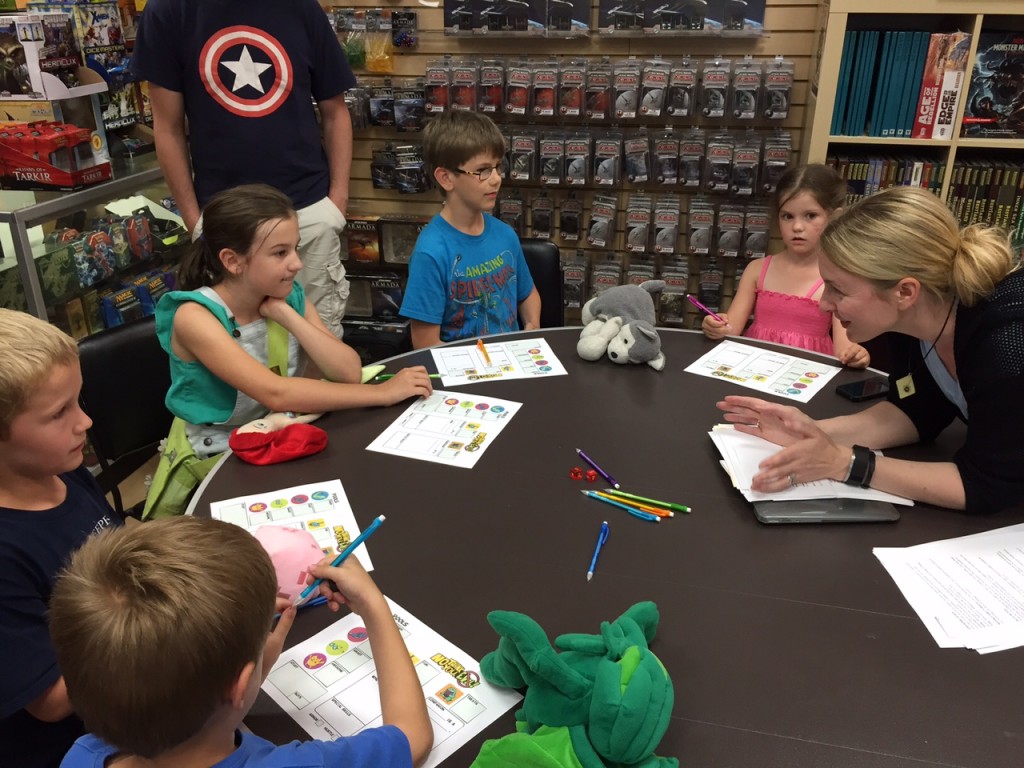 Running No Thank You, Evil! at Uncles’ Games. Those giant plushies put our little dinosaurs to shame.

Handling Disagreements: If kids are completely split on how to tackle an interaction–say one wants to kill the hungry dinosaur and the other wants to trap it and test its DNA (yes this happened during playtesting)–you can try to tackle that in a few different ways:

Ending the Game. The best piece of advice I have on endings is to finish the game just before players are ready for it to end. Stop too early and they won’t feel like they got enough interactions; end too late and someone will be getting bored or tired. A good ending offers a celebration and the promise of what’s next. Rewards are particularly appreciated, whether they’re in the form of new equipment, levels, treasure, money, or real-world goodies. 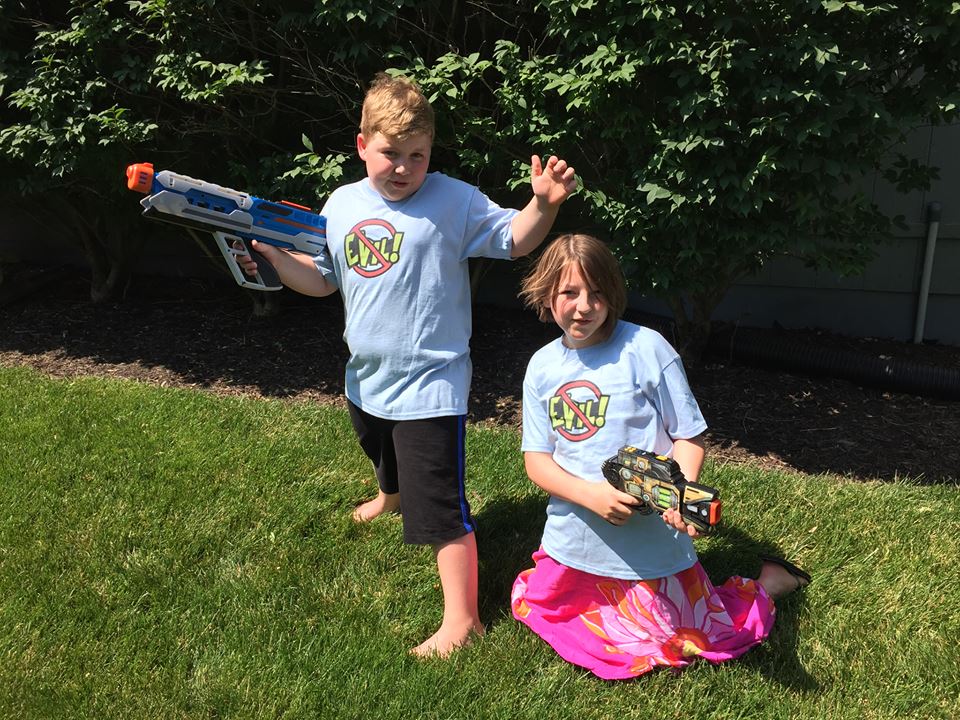 Charles Ryan also has some great tips for running games with kids. And, of course, the No Thank You, Evil! rulebook has a whole section devoted to the topic!

This entry was posted in Game Better,Gaming with Kids. Bookmark the permalink.