The greatest work of the prior worlds: The Engine of the Gods!

Few who dwell in the Ninth World know of the greatest achievement of the ancients, for it rests—imperceptibly, despite its vast size—on the very edge of the sun itself. The prior worlds were mighty beyond conception, but even for them, this Engine is a work of staggering proportion. What incredible threat to the sun, our world, and all the bodies of our solar system compelled them to such an audacious feat? Has that threat been ended? 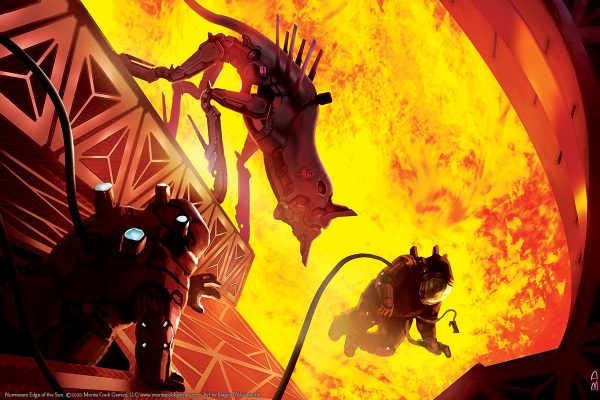 Or do the beings that dwell in the Engine (for yes, it is home to many strange creatures) struggle now in vain, unaware that their mission no longer protects them—or us—from a cataclysm on a scale that dwarfs even the boldness of the prior worlds’ most ambitious work?

Edge of the Sun details a massive new location for Numenera characters to explore: the Engine of the Gods. Fiercely hostile to human life, it can nevertheless be visited physically or virtually, where its many secrets—and dangers—await discovery. 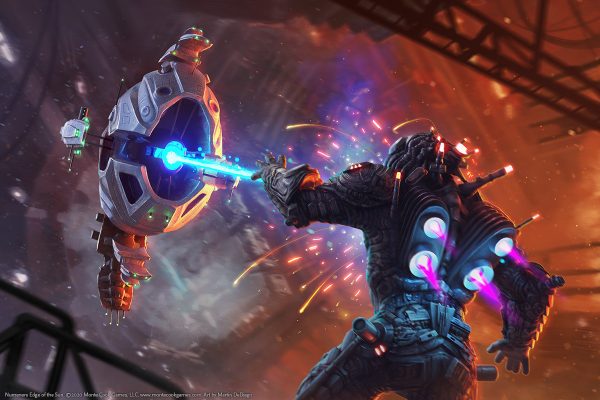 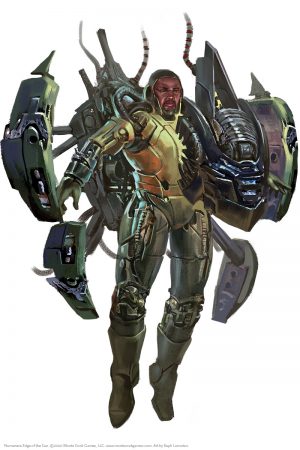