Not all monsters are make-believe…

A fire roars through an apartment building. Rescuers struggle through surging flames to reach stranded families—but meanwhile, sparks drift over the nearby gas station.

A train derailment has toppled a truckload of nuclear waste, exposing trapped passengers to the dangerous radiation. But reaching them risks shifting the wreckage—and spilling even more.

A grumbling volcano threatens efforts to rescue lost hikers. When the lava begins to flow, whole towns are suddenly at risk! 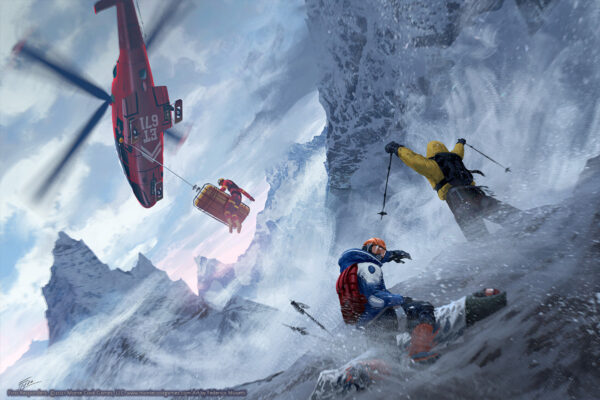 Floods. Pandemics. Earthquakes and other crises that put lives and communities at risk. These are monsters of a different sort—and they call for a different kind of hero. First Responders puts a new spin on adventure gaming, introducing systems for mega-challenges that let you take on disasters of all sorts. 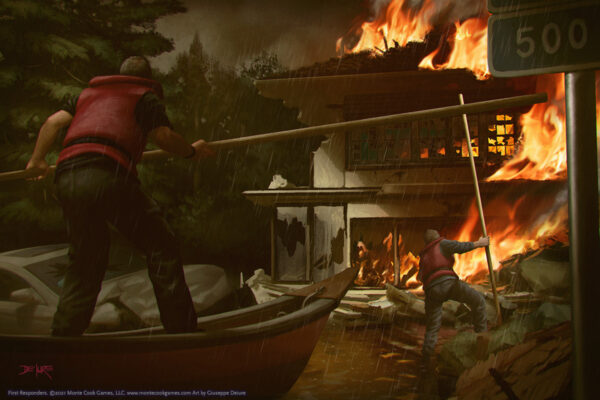 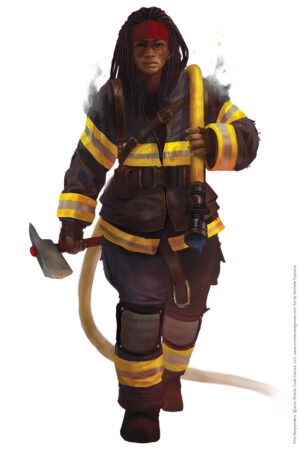