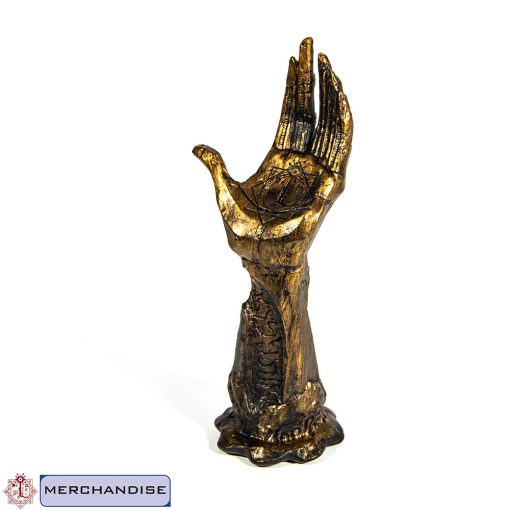 The beauty, mystery, and power of Visla

Vislae draw their magical power from the Invisible Sun. Indeed, the very word vislae is derived from Visla, the guardian of the Invisible Sun. A vislae’s very nature is inexorably linked to this connection, and one of the ways that all vislae (excepting Apostates, not surprisingly) reflect this connection is by carrying a Testament of Suns—a talisman in the shape of a stylized hand with six fingers.

Because nothing can ever mean just one thing, however, the Testament also describes a vislae’s unique individual nature. Each of the fingers represents a different aspect of the character: order, heart, forte, soul, foundation, and arc. Or, in the secret language of the vislae, tor, da, tu, ka, la, and ver. 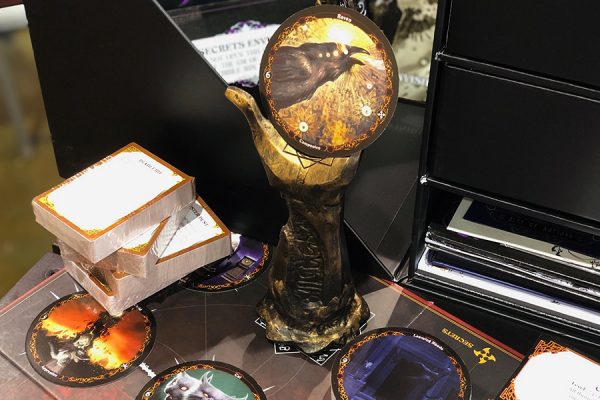 This resin-cast Testament of Suns is identical to that included in the Invisible Sun game. It stands over 9 inches (23 cm) tall and is beautifully sculpted with a bronze-gold finish. It makes a striking and unusual decor item, a tactile prop representing the Testament of Suns your vislae character carries, or a handy extra for your game. 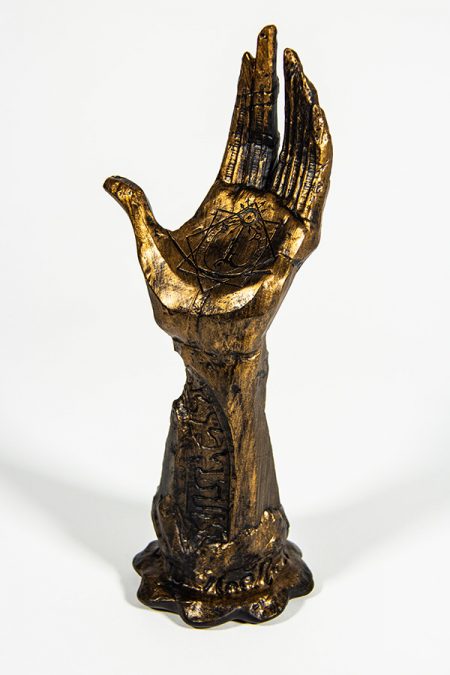