Table for Two: Running Cypher System for One Player

What does it take to run a Cypher System game for a single player?

The Cypher System is extremely flexible—I’ve used it for large groups, like a Predation game Troy Pichelman and I ran across two tables and 12 players, all the way down to one player and one GM, as in the Party of One podcast Numenera episode. Because of the way the Cypher System is designed, you won’t break the game by changing the player count.

However, there are some tips and tricks to make a one-on-one game feel dynamic and exciting in lieu of the sweet chaos of additional players. Our designers weigh in with their best advice for running single-player games using the Cypher System!

Cypher is well suited for one-on-one gaming because, in general, characters are quite self-reliant. Any character can spend effort on any task, and important tasks—like healing injuries—aren’t siloed into a single character type. 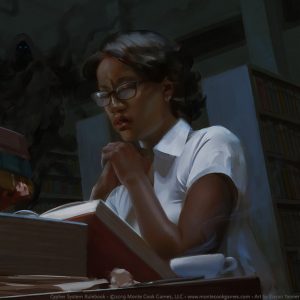 In general, one-on-one gaming is a lot “roomier.” A scene that would take a group an hour to play through might take only a half hour or less with a single player. That means there’s more room to provide detail and depth. NPCs can (and should) be more developed, and probably more nuanced.

Many players will find that it’s actually easier to get into character and stay there without others around. Some will enjoy the constant spotlight, while others will appreciate fewer real-world eyes on them. There’s also just less real-world distraction—fewer out of character comments and jokes. If it’s just you, your mind focuses more on, “What does my character think or feel about this situation? What would it really be like to be there?”

On the flip side, there’s no one else to play off of. No one to rely on. That can make some elements harder. For some, the game might seem emptier and drier, so the GM might have to work harder to keep things interesting. The best way to do that is to really specifically focus on the one character and make it about them at every turn, while also giving the PC leeway to observe and explore more—it’s a very different experience to be the single PC and be the sole voice.

The player should consider asking more questions. For example, if you’re the single player and you don’t look at a person or a thing, it doesn’t get seen. Think of the video footage you would get walking into an interesting place in real life with three or four people each taking their own videos, compared with the footage you’d get if only one person had a camera.

Mechanics: During character creation, you may want to ignore the connection to another PC from your focus. Alternatively, apply the connection to an NPC “buddy,” as Sean recommends, or have the player play two characters, as Shanna discusses below. Further, GM intrusions should award only one XP, not two, as there’s no one else to receive the other XP.

Have you tried playing a one-on-one Cypher System game? We’d love to hear about your experience—use the hashtag #CypherSystem to participate in the conversation on social media. 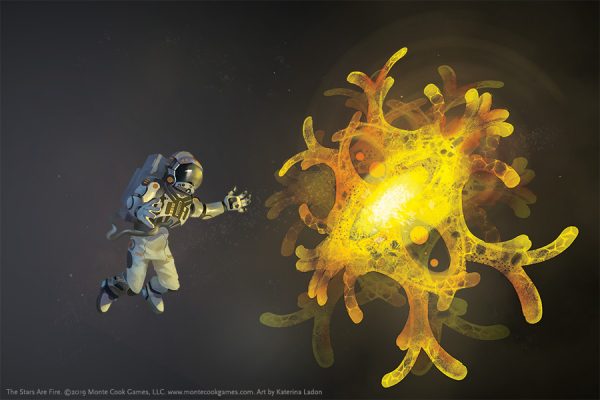