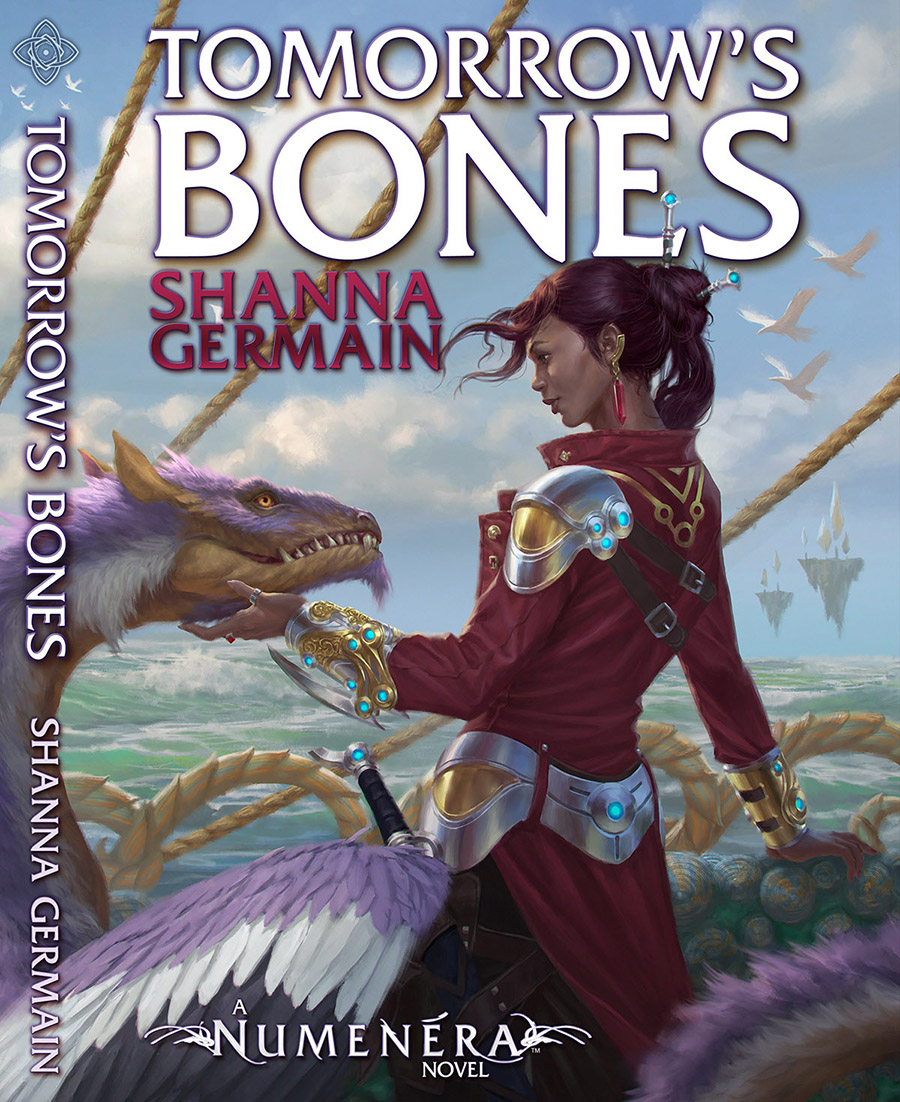 A thrilling novel of friendship, discovery, and Ninth World pirates 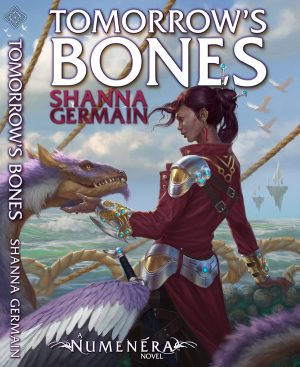 Captain Cire and her dedicated crew sail the Ninth World’s seas aboard a living (and opinionated) ship called Nye. But when Cire uncovers an artifact that makes her question her friendships, her past, and even herself, it sets her on a dangerous voyage to a place she promised herself she’d never go: home.

In Kaparin, the man known only as Ebon has dedicated his life to protecting the orphaned children of his beloved city. When a friend from his past arrives on the city’s shores, bringing news of impending destruction, he finds himself caught between everything he loves and everything he fears.

Together, the two must brave the deepest reaches of the sea, fight off the many dangers of the Ninth World oceans, and save each other from the clutches of an ancient enemy.

Tomorrow’s Bones is the third official novel set in the Numenera world, and is presented in this deluxe, limited hardcover edition.

Award-winning author Shanna Germain has published a dozen books, hundreds of short stories, multiple games, and myriad other works. She’s won numerous awards for her work, including the C. Hamilton Bailey Poetry Fellowship, the Utne Reader award for Best New Publication, multiple ENnies, and the Origins Award for Best Roleplaying Game of the Year. She authored the critically acclaimed Numenera novel The Poison Eater, and co-authored The Night Clave with Monte Cook.