The MCG team has lately been exploring broadcasting our games and other related content on Twitch for everyone to enjoy. One of those games is our new Numenera series, “Echoes Linger.” Unlike our Invisible Sun series, “The Raven Wants What You Have,” we’re playing the Numenera game live in our own homes, connected via the modern marvel of the internet.

So I decided to set up Studio Colossus. 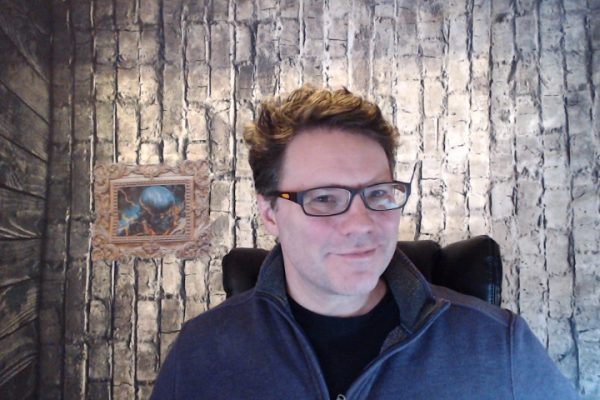 Of course, I didn’t actually build a real studio. No, it’s only a backdrop hanging on a frame that gives the illusion of being something far more substantial. Take a look at the set-up. 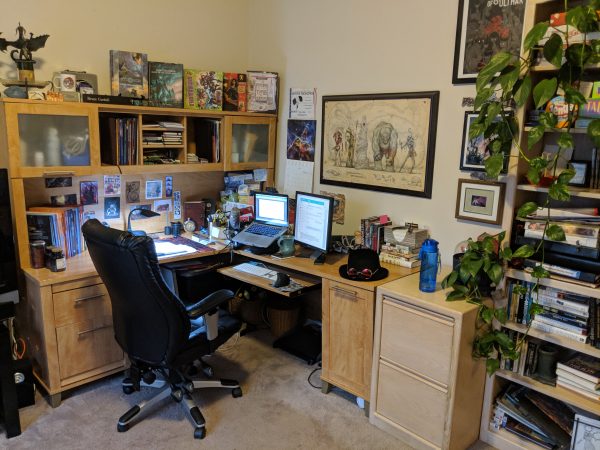 But look! It’s easy to set up a frame and hang a backdrop from it.

Maybe some of you are wondering why I called it Studio Colossus? Easy enough: I named it after the single piece of framed art on the back wall, which is taken from the Numenera product The Jade Colossus. The author and I are close.

And as you might have already guessed, the framed art is also an illusion. Really, I used my home printer to print an image from The Jade Colossus, did the same again to print out an image of a fancy frame, applied scissors and tape, and hey-presto, I’ve got a “framed image” hanging on the “back wall” of my own private “studio.”

And just in time, too. Here’s a screen-shot from our first Numenera game.

One of the great things about Studio Colossus is that it’s easy to set up, and easy to take down and store. Which means it’s mobile. So if I’m traveling and happen to be in a Studio Colossus state of mind, I’m ready. At least, so long as I remember to bring along the physical hardware.

If you’re interested in the specific hardware I used to create Studio Colossus, I procured these items on Amazon, though I’m sure you can probably find similar hardware elsewhere.

The Raven Wants What You Have: Live Show

Catch Bruce live at Studio Colossus this Friday at 7pm Pacific for our live audience-interaction show about The Raven Wants What You Have, our Invisible Sun streamed narrative!

We’d love to take your questions on streaming and setting up good recording environments, as well as questions about Invisible Sun, gamemastery, cosplay, and more! 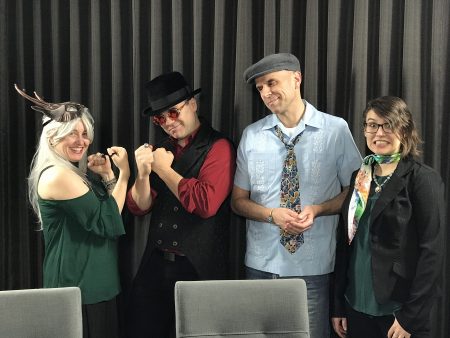 This entry was posted in Cool Tools,Play Better. Bookmark the permalink.