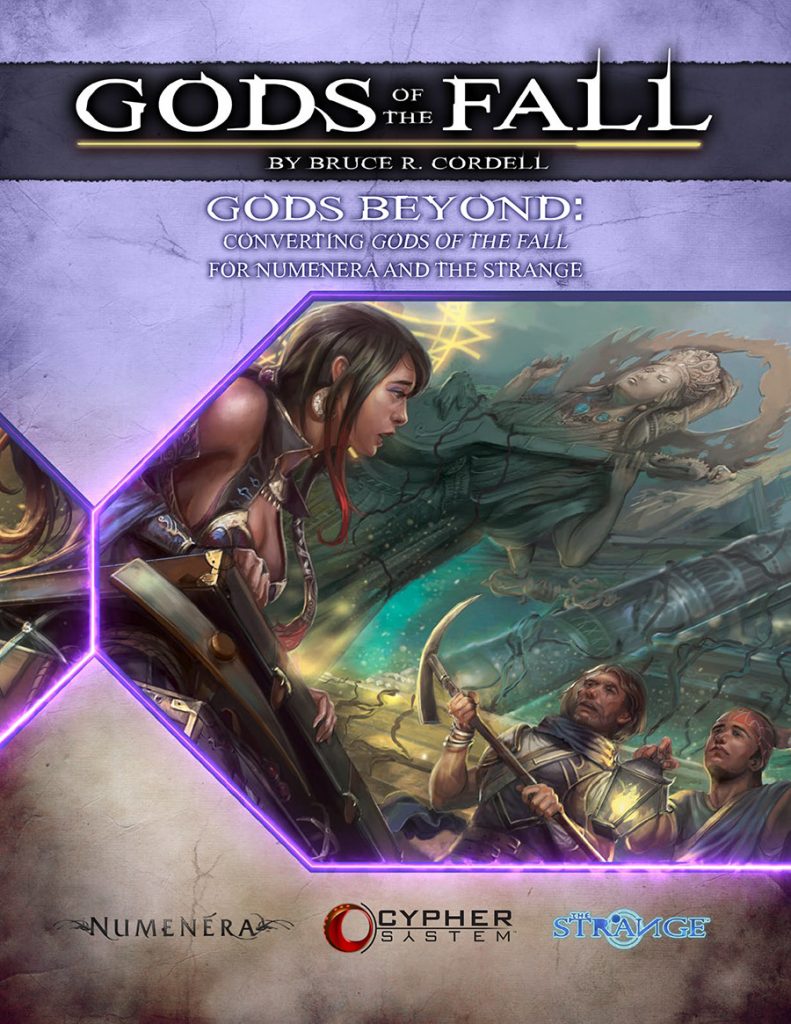 Loot the Afterworld for your Numenera or The Strange game! 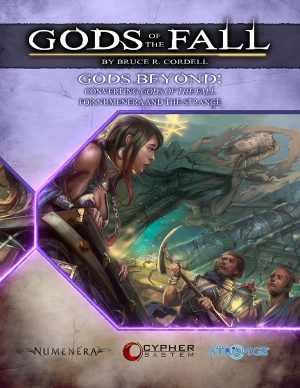 Looking for an incredible new recursion for your game of The Strange—or to bring godlike powers into your Numenera campaign? Or maybe you just want to port some new cyphers, character options, and creatures into your game.

Gods of the Fall uses the Cypher System—the same “game engine” that underlies both Numenera and The Strange. Although the settings different, they share fundamental mechanics: task diffculties are rated from 1 to 10; characters use Effort, skills, and assets to reduce that diffculty; and a d20 is rolled to determine success or failure. Characters are described by a single sentence: “I am an adjective noun who verbs”. And although the types, creatures, cyphers, and many descriptors and foci differ from game to game, the form in which they are presented, and the way they fit into the game as a whole, remains the same.

Gods Beyond: Converting Gods of the Fall for Numenera and The Strange
By Bruce R. Cordell
PDF
$1.99