At Gen Con we announced two new corebooks for Numenera: Numenera Discovery and Numenera Destiny. (These titles will have a Kickstarter in September, and will be out next summer—you can read all about them in our official announcement.)

Today we’re launching the Numenera Discover Your Destiny sale on all Numenera supplements. Why? Because we want to be emphatic about a key point regarding the new corebooks: Both books will be 100% compatible with every existing Numenera supplement—with just two exceptions. So your existing copy of, say, Into the Deep or the Ninth World Bestiary will be every bit as useful with the new corebooks as it is now. (Numenera Character Options and Numenera Character Options 2 are the exceptions: While they’ll be largely compatible, they may be less useful than they are now. But those are just two titles out of the 60 or so products available for Numenera.)

We won’t be issuing revised versions of existing supplements, because we don’t need to. Discovery and Destiny aren’t kicking off a new line. They’re not launching a new edition. Instead, they’ll provide small tweaks and expanded options that will make your games easier, better, and more fun.

To celebrate this, we’re putting every Numenera product—in print or PDF—on sale! For a limited time only, you can get them for 20% off.

So what are you waiting for? Grab some great Numenera goodness now, save a bunch of money, and know that they’ll be fully compatible with Numenera Discovery and Numenera Destiny when those new corebooks come out next year. But hurry—the Numenera Discover Your Destiny sale ends soon! 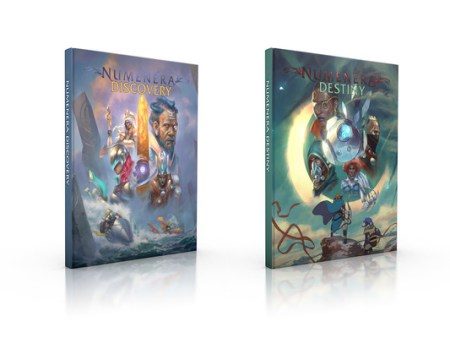