Why We Play Invisible Sun

If you’ve ever fallen in love with a game, you’ve probably pitched it to a game group or potential players, or simply been asked what’s so special about it.

I find that my gaming pitches have three overlapping components:

Invisible Sun is a strange, beautiful beast, and it tends to break my little pitching system.

Generally, I introduce Invisible Sun as a game of surreal fantasy, magic, and secrets, with player-driven narratives. It posits that the mundane world around us is Shadow, a lie, and that the real world is the Actuality, a place where magic is real and encompassing. You play magic-users called vislae (I affectionately call them magical nerds) who have returned from Shadow to the Actuality and spend their time pursuing things like secrets of the universe, magical expertise, and their own varied character goals (getting revenge, falling in love, starting a business).

When I try to explain what sets Invisible Sun apart, I have three completely separate and equally valid pitches. Depending on what I know about the player, I can usually tell which of Invisible Sun’s special qualities will catch them.

And finally, why do I play Invisible Sun?

Invisible Sun is a joy to run, and consistently creates moments of awe as an eerily appropriate Sooth Deck card is drawn. I love how it makes the game a collaborative experience, and inherently invests the players in the story. 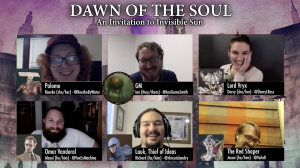 But perhaps most importantly, this game lends itself to exploration of stories and themes I don’t often get to play out in other RPGs: nuanced relationships, loneliness, parenthood, death and loss, heartbreak, becoming a business owner, wanting to support an organization. The stories we explore feel so human and so powerful. I am consistently moved by the play experiences that emerge from this game. In my U-Con game, a player brought out a poem they read at the end of the session and it was perfect and heartbreaking. The finale of the Dawn of the Soul charity game for Extra Life was powerful and I highly recommend watching the entire episode. In The Raven Wants What You Have, Bruce’s character Savion pursues an arc leading him to confront his monstrous father.

I never know what an Invisible Sun session will bring, but it is always worth the journey.

Why do we play Invisible Sun? This answer will be different for everyone, and I hope that you’ll share your responses we near the finale of the Kickstarter to reprint Invisible Sun (ending Friday!).

If we reach 54 responses (the number of hours left in the Kickstarter at the time of this writing), Monte and I will do an Ask Me Anything live on Twitch tomorrow night, 5 p.m. Pacific! Spread the word and spread your excitement. 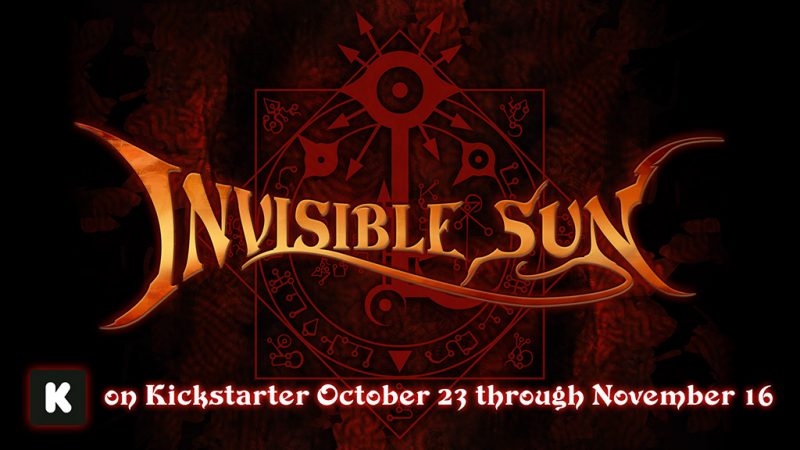 This entry was posted in Articles & News,Game Better,Your Game. Bookmark the permalink.