The holiday season is incredibly busy for everyone, with planning travel, last-minute shopping, and using old fruitcake to insulate your basement.

Looking for gift suggestions? How about…

And don’t forget our 2016 holiday gift to you or the world—get $5 off your order, send a friend a $5 gift certificate, or donate $5 to a charity! 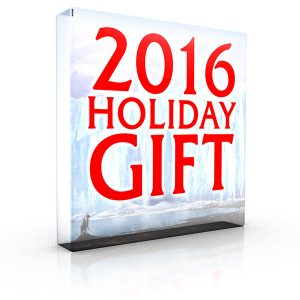