How to Make a Whole New Book Without Changing Anything

As we showed recently with the new Numenera books, Discovery and Destiny, you can mess around with the Cypher System pretty heavily by changing character options—without actually changing the way the rules work. Because PC creation rules don’t impact NPC rules or task resolution rules or any of the other rules, all the prior adventures, bestiaries, sourcebooks, and so on are all 100% compatible. It’s almost like it was designed this way intentionally…

First, though, the caveats. The rules stay the same. Difficulty 1–10, roll a d20, see if the player wants to use Effort. It’s an easy game. And because it’s easy, those rules are just a tiny portion of the book.

The majority of Cypher System Rulebook is character options and choices. And that’s the material I want to change. I like the original CSR very, very much. But its focus was really to compile the material from Numenera and The Strange into a single resource and make them applicable to every genre. It did precisely that, and I think it did it well. I’m happy and proud, in particular, of the Horror Mode rules for horror games, and the Power Shift rules for super heroes.

The Cypher System has come so far since then. Gods of the Fall, Predation, and Unmasked all showed how far we could take the system. A new Cypher System Rulebook would start from scratch and ask: how can we take this game engine and best make it applicable for all these genres? The type material was a good start, but I’d like to see that even more customizable, and have the ability choices be a lot less Numenera-y or Strange-ish, if you see what I mean. 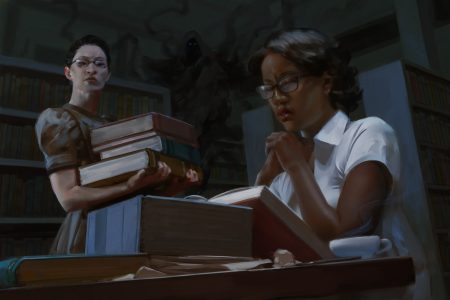 The biggest change, of course, would be to the foci. If you look at the CSR, you’ll see foci take up about 90 pages! And still it’s not always easy to make the character concepts you want really work. In particular, the breadth of things like superheroes or the simplicity of a modern-day game are hard to express in the current book. But if the system actually divided foci into specific categories (attack, defense, mental, energy control, matter manipulation, etc.) and then within each category it provided options to customize the precise type of ability you wanted and how to make that work with the flavor desired—wielding fire through magic, producing ice via a mutant power, or warping gravity through high tech—you could really make any character you desired, for any genre.

The real kicker, though, came along when I started planning out our upcoming book of gaming tools and techniques, Your Best Game Ever.

See, the new CSR will be a fantastic companion book to Your Best Game Ever because we’re going to take many of the system-agnostic suggestions and work them right into the Cypher System. So, for example, the idea of creating character arcs to motivate players to proactivity will be baked into the rules of the Cypher System with appropriate XP costs and rewards. Likewise, the worldbuilding techniques covered in the gamemastering section of Your Best Game Ever will be incorporated specifically into the Cypher System with rules suggestions and examples. And that’s just the start. These two books will work beautifully as companion books, with the general ideas of the first book translated directly into game mechanics in the second.

If you’re a Cypher System player or GM, your existing CSR will continue to work just fine. The rules are solid and aren’t changing. But the new CSR will offer a wealth of new character options, cyphers (particularly subtle cyphers), artifacts, genre options, customization options, and more. In fact, many players might find having both at the table is not only easy, it’s really useful.

If you’re not yet a Cypher System player, this will be a fantastic new jumping on point!