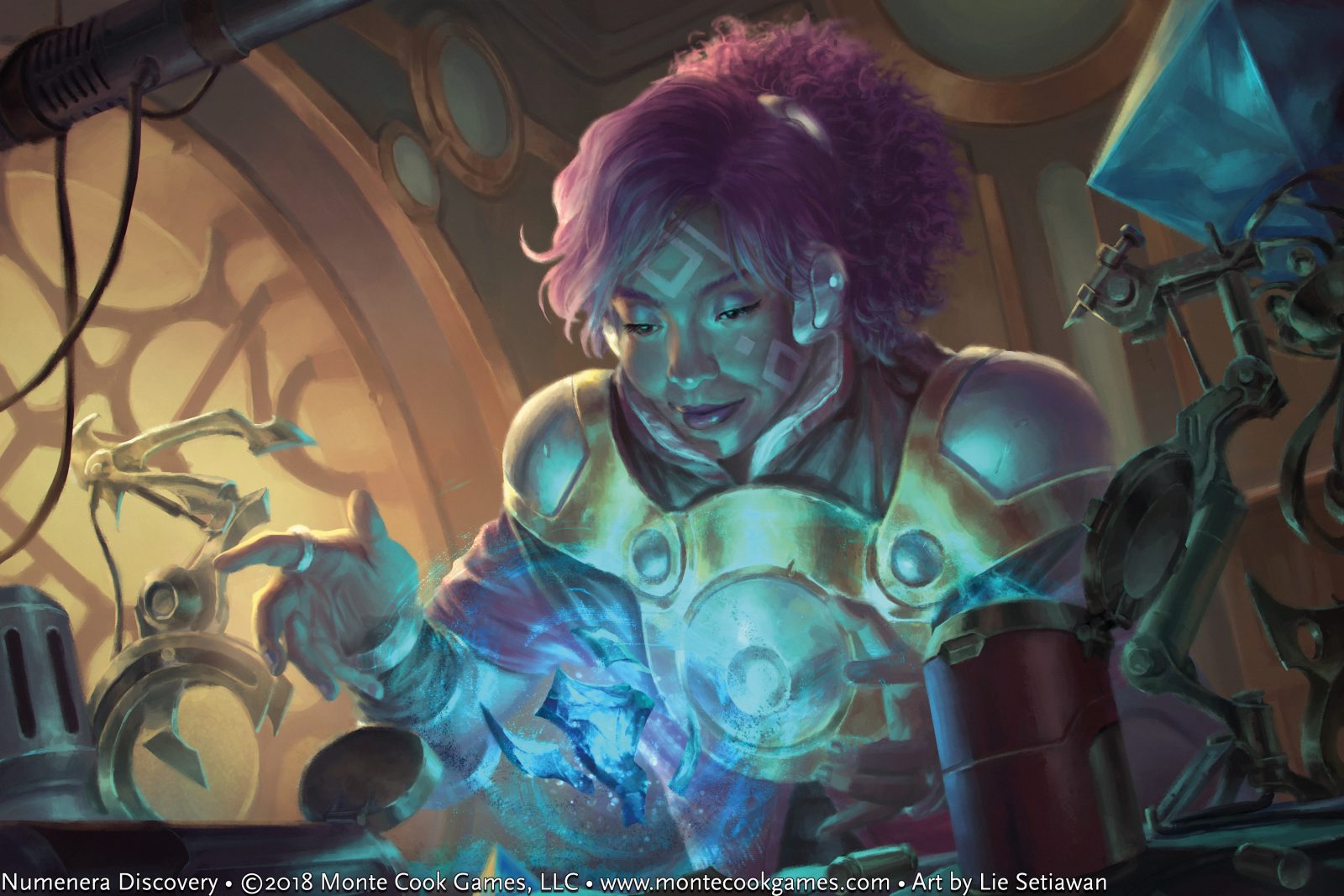 One of the things we wanted to do while updating the Numenera corebook to Numenera Discovery and Numenera Destiny was to take a hard look at some of the rough spots in the game. We knew there were things that worked fine as they were but could work a little better, and things that were rarely-used corner cases that could be streamlined. The design team did a read-through of the book looking for these rules and then spent some time thinking about how we could smooth them out, making them easier to read, remember, and play. Here are a few examples of minor updates to the rules (or in some cases, just the language of the rules) designed to make the whole system run more smoothly.

One of the first changes was to the language we use to describe a task becoming more or less difficult. In the corebook, we’d say “increase the difficulty by one step” or “decrease the difficulty by one step,” which is really wordy. We changed those to “hinder” and “ease,” so you can just say “if the PCs fail the Intellect defense roll against the murden, all of their actions are hindered.” And if the difficulty changes by more than one step, the text says, “hindered by two steps” or “eased by two steps.” It’s a small language (but not a rule) change that makes the game easier to read and understand.

In the original corebook, there were anoetic cyphers that were easy to use and occultic cyphers that were more dangerous and harder to use; occultic cyphers counted as two cyphers toward a character’s limit. We found that almost nobody used that rule (even in our own campaigns), it didn’t make things more fun, and didn’t add as much to the game as we thought it might. So we’re not using those terms any more—cyphers are cyphers, and each only counts as one toward a character’s limit.

A few parts of the corebook talked about damaging objects and tracking object health, but we also had simple rules for breaking objects based on their level, and no clear way to establish at what point an object was damaged enough to interfere with its properties, damaged enough to stop working entirely (but still be repairable), or when it was destroyed beyond repair. As the crafting and repair rules were completed in Numenera Destiny, we realized that we could synch up the two sides of the system by creating an object damage track, with four states (intact, minor damage, major damage, and destroyed) similar to the PC damage track. Not only would this make repairing things easier, it also meant we could easily add “damage an object” as minor and major effects on rolls.

Another small change was using the term “inability” in a more prominent way. It already was used in parts of the corebook to mean a “negative skill” (you’re hindered with that skill, as compared to a person with no training whatsoever), but now it’s part of the list of common terms (like action, trained, specialized, and task). And we made it more clear that training and an inability cancel each other out, so if you have an inability with perception and you become trained in perception, the net result is that your perception tasks aren’t modified at all (they aren’t hindered or eased).

Catch more sneak peeks of Numenera Discovery and Numenera Destiny by subscribing to our website–just enter your email address at the top right. We’ll be posting Numenera Design Diaries from Monte, Bruce, Shanna, and Sean weekly for the next few months. Preorder your copies now and get the PDFs free!

Watch the first episode tonight at 5 p.m. PDT on Twitch! 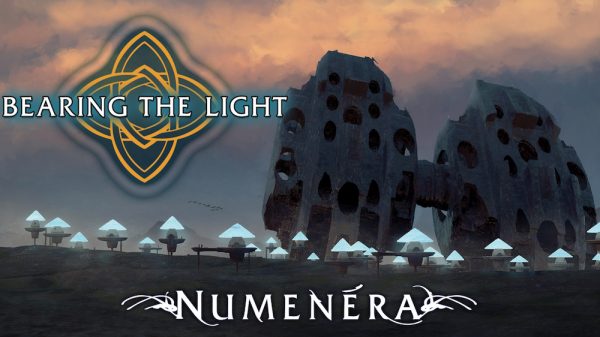