One of the topics about the Ninth World that I’ve been asked about the most—to the surprise of no one—is that of the prior worlds. Probably the second most requested topic for more information has been the datasphere.

Maybe the latter can give us a little insight into the former.

All the books of the Liminal Shores Kickstarter campaign involve the datasphere, the mysterious network of ancient transmissions and information responsible for the supernatural-seeming glimmers that Ninth Worlders sometimes gain, like strange visions. Through exploration of the datasphere, a new wealth of information presents itself, both about the world the PCs live in as well as the prior worlds. 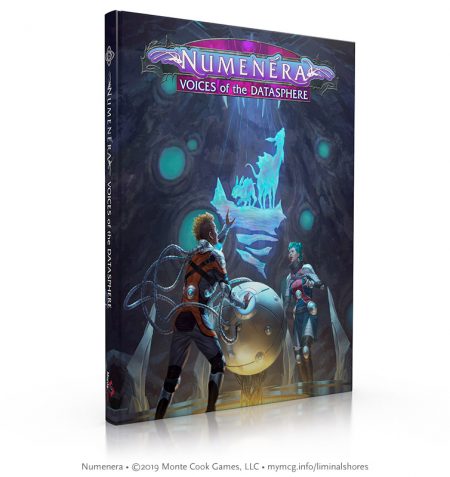 Voices of the Datasphere will be the first book released of this campaign. The hardcover book details the vertices, which serve as access points for the datasphere. Finding and reaching a vertice is usually a challenge, but if explorers can do so, they’ll find a wealth of information. That is, assuming they can survive a foray into the datasphere itself—because at a vertice, a character physically enters the network, translating their human body into raw information. This experience offers a whole new method of gameplay involving not just a new and unique environment, but interesting alterations to the characters within that environment.

Enter the datasphere: At a vertice, a character physically enters the network, translating their human body into raw information.

Moving through the conduits, nodes, and vertices of the datasphere, characters explore and discover a world separate from the physical world, but no less real. Navigating through the intricate webs of the datasphere, characters will face obstacles unlike anything they’ve ever encountered, and worse, they’ll discover that there are ancient things dwelling within it that will likely see them as intruders or just data to absorb.

If an intrepid explorer is successful, however, all manner of information can be gained about the past and the present—new lands to discover, new ancient wonders to unearth. The datasphere also contains a new type of useful treasures to Ninth Worlders in the form of digitized cyphers and artifacts. They might even find a way to use it as a travel matrix to move instantly from vertice to vertice in the physical world.

Will you listen to the Voices of the Datasphere when you hear them call? It just might take your Numenera campaign to a whole new level. 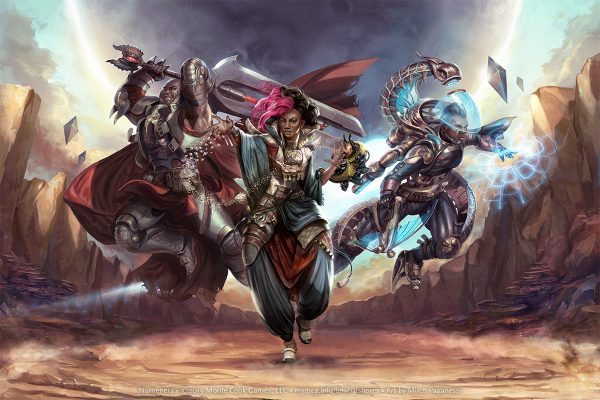