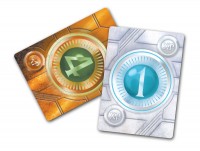 From the earliest days of Numenera, people asked, “Why are there GM intrusions and not player intrusions?” I felt, at the time, that GM intrusions were a story tool, and in Numenera, the GM was responsible for things like that. But the players are as much a part of the crafting of the story as the GM, and if a GM intrusion can make a floorboard beneath the PC’s foot snap, then sometimes a floorboard should break beneath the foot of an NPC.

A player intrusion is the player choosing to alter something in the setting to their benefit. Conceptually, it is the reverse of a GM intrusion: instead of the GM giving the player XP and introducing an unexpected complication for a character, the player spends 1 XP and presents a (possible) solution to a problem or complication. It’s not some new power or ability the PC has, and it’s not about changing anything about the character. If anything changes, it’s the setting.

What a player intrusion can do depends on the PC’s type, and it usually introduces a change to the world or current circumstances rather than directly changing the character. A Nano’s intrusion might be about a device not functioning as expected, while a Glaive’s might involve an opponent’s weapon breaking. A Jack might intrude so that a fleeing thief trips, or a skilled craftsperson takes a real shine to them.

Player intrusions are never just about succeeding at an action or “doing better.” Player intrusions involve something external to the player. “I punch my foe really hard” is an expression of Effort or perhaps character ability. “My foe slips and falls backward off the ledge” is a player intrusion.

The GM is the final arbiter of whether the suggested intrusion is appropriate for the character’s type and suitable for the situation. If the GM refuses the intrusion, the player doesn’t spend the 1 XP, and the intrusion doesn’t occur.

My favorite sort of player intrusion occurs in that shared space that exists between GM and player, where the GM’s character (the setting) and the player’s character (the PC) bump up against each other. That space is where we define how the PC fits into the setting. The PC can’t be entirely apart from the setting, and Numenera has recognized that all along, with lots of suggestions for character backgrounds and flavor that attaches them to the setting. But the player shouldn’t have to make all those decisions during character creation. Some of them won’t occur to anyone until gameplay has begun.

So, like how an author might decide that in Chapter 12, the main character actually has a history with the side character they introduce there—but not until they actually write the scene—player intrusions could, in the spur of the moment, actually fit the character better into the story as it’s happening. The player with the Jack character who’s just encountered a traveler on the road might decide that they’re an old friend. Not only does this make it more likely that the traveler will give the Jack some information about what lies down the road, but it opens up story possibilities for the connection the Jack and that NPC have. That connection lasts for the rest of the campaign.

In the end, just like GM intrusions, player intrusions exist to make a better story. 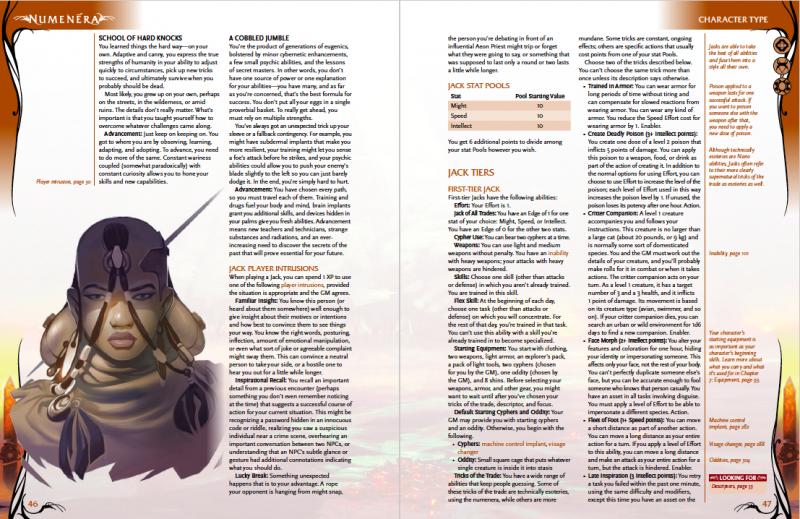 Don’t already have these two gorgeous books coming to you?
Get them now!