One of the things I love about Numenera is that it’s easy to play, which makes it a great roleplaying game (RPG) for newbies to learn. This summer I introduced Numenera to four people—each with very different RPG familiarity and experience—and now they’re all hooked. I explained the setting, asked them what kinds of fantasy characters they normally like to play, and built them similar characters to ease their transition into a new system.

I’ve known Josh and Karol since my days at Wizards of the Coast. They’re pretty hardcore gamers, and played in a previous campaign with Bruce Cordell. Karol’s favorite kind of character is a “fire wizard who doesn’t mind hitting allies with fireball now and then,” so I made her an Intelligent Nano who Bears a Halo of Fire, with Onslaught (of course) for attacks and Hedge Magic for a bit of miscellaneous “mystical” versatility. She immediately grokked the concept of applying Effort to ease her Onslaught attack roll or make it inflict more fire damage, and she’s enjoying her role as the renegade “fire priestess” who blasts enemies with beams from her eyes. 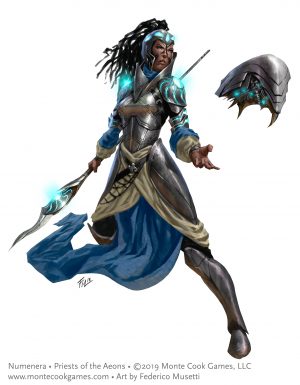 Josh is one of those players who shows up with a ton of backstory and internalized roleplaying hooks, which in this case included five different aliases for his character. He likes sneaky, talky characters who have a lot of skills, so I made him a Stealthy Jack who Moves Like a Cat, with Face Morph to aid in making his aliases different and Late Inspiration to make up for any mistakes. As soon as we talked about character advancement, he realized he wanted to increase his Intellect Edge so Face Morph would be free—or as he put it, “I can walk around with a different face all day long.”

The third player is my girlfriend. She had absolutely no gaming experience, but she’s very well-read (including Tolkien and Edgar Rice Burroughs) and is a fan of superhero movies and TV shows. Knowing she likes Wonder Woman, I built her a Strong Glaive who Needs No Weapons, taking Fleet of Foot to get into battle quickly and Impressive Display to help with interactions. She’s enjoying her role as the strong silent type who can punch her way into and out of trouble. 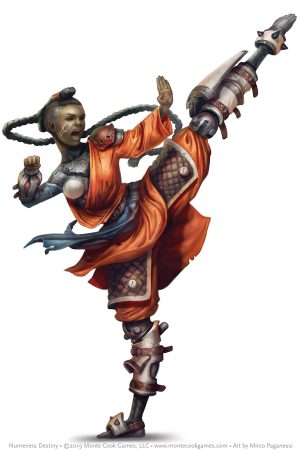 The fourth player is my girlfriend’s teenage son. He’s never played an RPG, but he’s played a lot of adventure and quest-based console games, and has added roleplaying elements to his HeroQuest game, so he understood the gist of what RPGs are about. Again using a superhero as a model, I walked him through creating an Iron Man-esque Mechanical Nano who Fuses Flesh and Steel, with Onslaught and (fudging the rules a bit) Hover, with the option of learning some Wright abilities.

So far I’ve run them through Shadewalker, Ashes of the Sea, and Microfugue State (from Explorer’s Keys). And we’re all having a great time! Numenera’s system is so easy that new players can quickly master it, and there are enough interesting options that more experienced players have a lot of “toys” to play with as they advance their characters.

Remember when you first discovered how fun gaming is? It’s easy for you to give someone the gift of gaming by showing them how to play. Have you introduced any gaming newbies to Numenera or the Cypher System? Or to someone familiar with more complex RPGs?

If you’re looking for an easy way to teach Numenera, take a look at Ashes of the Sea (it’s free!) and the Cypher System Rules Primer (also free!). And if you have a Numenera newbie who’s hungry for more, let them know about the Liminal Shores Kickstarter and they can jump in with both feet! The Kickstarter has come to a close, but you can get notified when the BackerKit pledge manager goes live by signing up for this mailing list. Welcome to the Ninth World, and beyond. 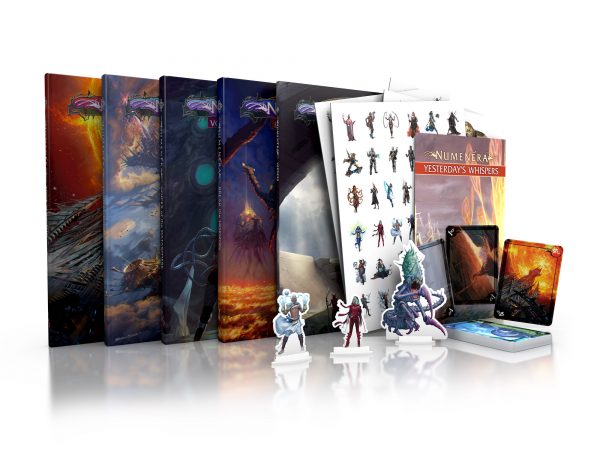